When I first started on my journey into the forgotten fiddle music of my home state of Minnesota, I was most fascinated by the home recordings that Phil Nusbaum made in the 1970s. He attempted to capture some of the last of the Norwegian American old-time fiddlers from the rural areas of the state, just as Leroy Larson had done 20 years before that.  The mostly unreleased material captivated me.

Because of Minnesota’s early population demographics, these tunes were heavily influenced by Norwegian melodies. But it wasn’t that simple. After combining with a variety of other immigrant and First Nations music, this sound became distinct from each. Too “flat” to be true Norwegian music and with too many influences to be pigeon-holed to one ethnicity, it was the Upper Midwest version of barn dance music.  Leroy Larson said in his thesis that 70% or more of the tunes he collected could not be traced back to Norway and were probably developed in the Midwest.  Swedes, Germans, Czech, Polish, Irish, English and Métis fiddlers’ influences can be found in this music.

What I have learned since then is that I was listening to some of the last of a dying tradition.  For a while in the mid 1900s in Minnesota, you couldn’t go very far without finding a fiddler playing a barn dance.  The repertoire was not like the square dances of the South.  “Old-Time” music in this state was referring to the polka, the schottische and the waltz along with other folk dances.

One of the fiddlers that Phil collected tunes from is Hilary Stoltman of Thief River Falls, MN.  Both he and his father Walter won many regional fiddle contests in their day.  Walter even took third place in the national fiddle contest in Weiser, Idaho. I really liked Hilary’s interesting tunes and was very happy to learn that he was one of the few fiddlers from Phil’s research who was still alive.  I had also heard rumors that Hilary had tapes of his father fiddling.

Hilary learned almost all of his tunes that he played from his dad.  In true stoic Minnesota fashion, Walter didn’t actually teach Hilary.  Hilary said that his father didn’t have the patience for that.  Instead, in Hilary’s own words-

“Dad always kept his fiddle under his bed, and we kids were told that we would suffer the pain of death if we ever were to mess with it. Well, as you know, temptation is too big a burden for kids and, besides, dad always looked as if he was having such a good time playing it. A good many times when my folks left the house, we would get out his fiddle and try to play tunes like him. I remember it was much harder than it looked, but after many attempts, I finally could play a good number of tunes. We always put the fiddle back in exactly the same place under the bed.

To this day, I don't trust kids in my home with my fiddles. I have four; one of them hangs on the wall. I must've listened to millions of hours of fiddle music in my life, between my dad practicing at home and all of the great Canadian fiddlers that would spend a week at a time playing until four in the morning at our home.”

Before his father Walter passed away in 1974, he had the presence of mind to record all the tunes he could remember with his daughter Cecelia accompanying him on piano.  At the time he was dying of cancer, but his strong playing shined through.  Cecilia tells me, “We should have recorded him in his prime 20 years before.”  Indeed, the few recordings we have of him from the 40s and 50s are great examples of a powerful fiddler! Every time I played the digitized versions of her father’s old tunes, Cecilia’s hand involuntarily started playing air piano, she couldn’t help it!

The stories that surround these fiddlers are more interesting than the music and are a snapshot of Minnesota itself.  The Stoltmans are Polish.  Their families immigrated to an area on both sides of the Red River at the North Dakota-Minnesota border.  We don’t know a lot about Walter’s youth but we do know that he learned to play fiddle from “Old Man Hawkinson,” who knew the old Norwegian tunes. Sometime in early adulthood, Walter became good friends with Canadian and Métis fiddler Andy DeJarlis. They would stay up all night swapping tunes.  Walter’s repertoire ends up being loosely broken down to Polish melodies of his youth, Norwegian tunes that he was taught and Métis tunes that he played with DeJarlis.  This makes for great mix of tunes: Polkas, schottisches, mazurkas, waltzes, reels and a whole bunch of Canadian Métis-influenced two steps.

Hilary really only played tunes he learned from his father.  And both of them never knew the names of any tunes they played.  How they kept track of them is a mystery to me!

Hilary is perhaps the most interesting fellow I have ever met.  At the age of 85 he can’t play fiddle due to hearing challenges from a lifetime of working on the railroad.  Other than that, the man looks like he could be 55.   He gave more than 40 years of service on the railroad without an injury.  He tells me now with pride that he has lived the luckiest life, and that he barely has any aches and pains.

Hilary is the nicest man you will ever meet.  He has done more things in his lifetime than seems possible.  The stories are endless and well chronicled by his local newspaper; so many adventures in his full life.  When I visit him I feel like I am part of the family.  The dinner he made for me on my last visit was beyond compare.  He even got me to try his venison sausage.  How could I not? He shot the deer and made the sausage himself. 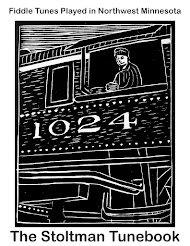 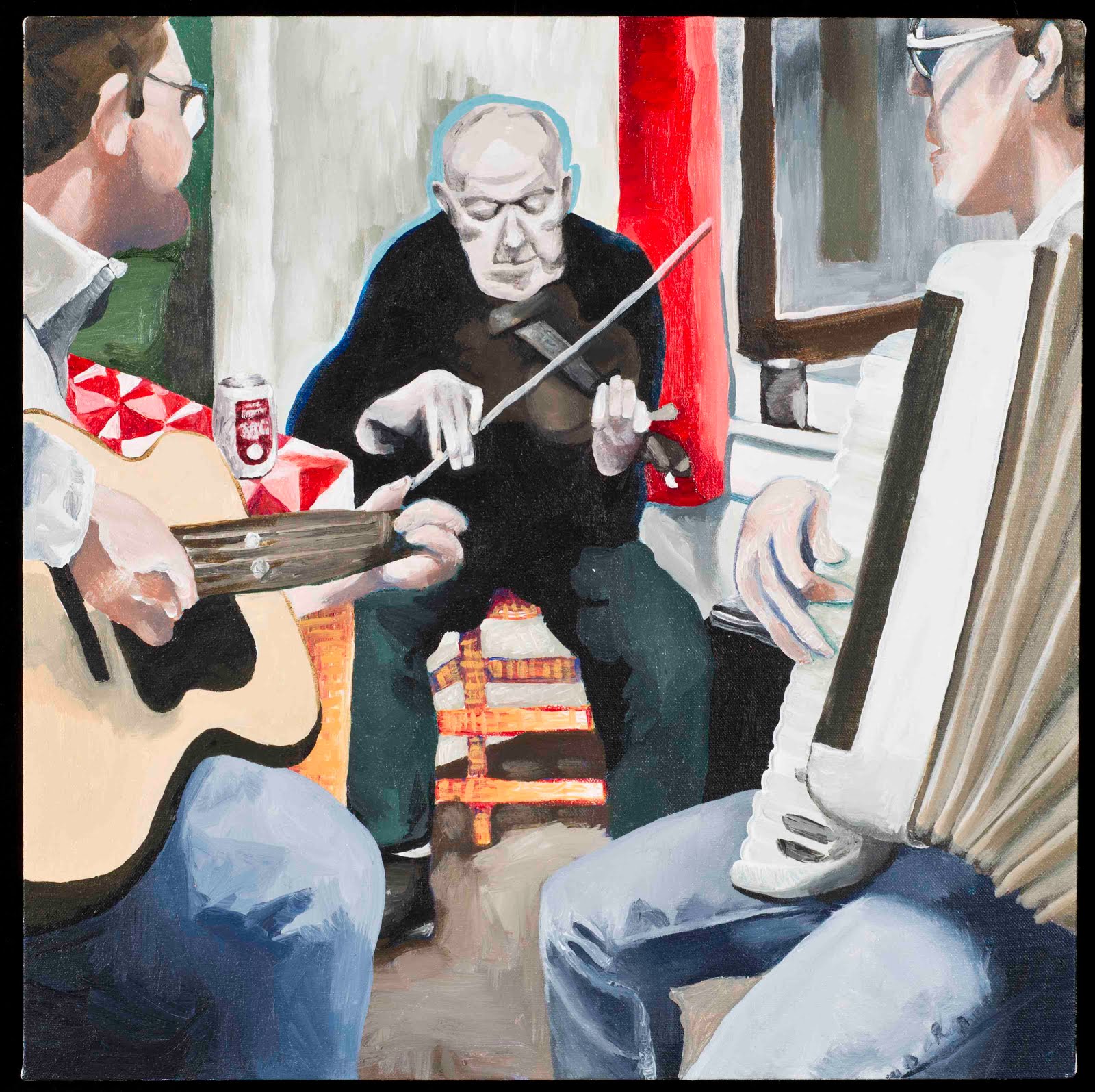 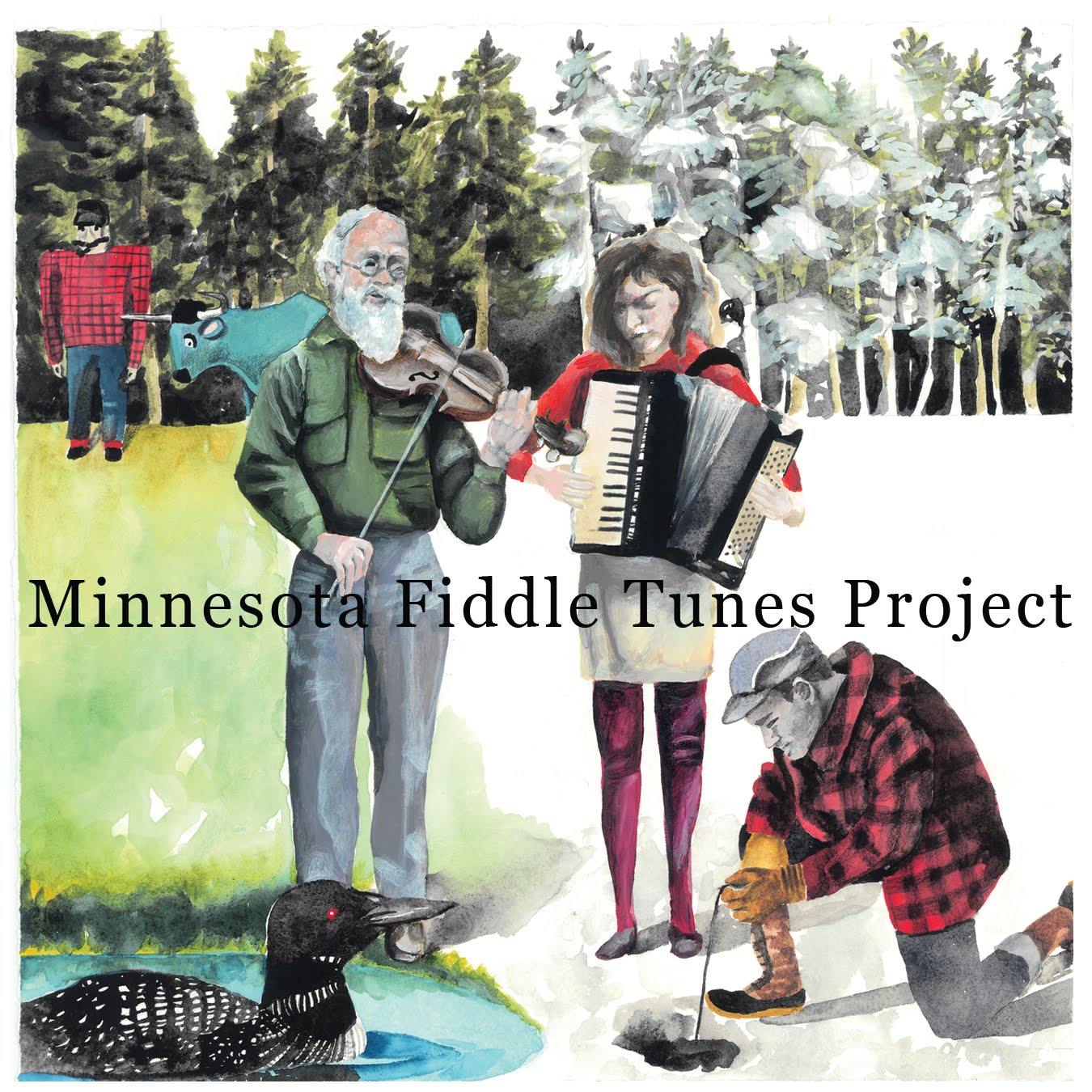 You don't need a tunebook but want to support this free archive-
Paypal- unarmedjournal@hotmail.com
venmo- @clawhammermike